For centuries, great artists have provided humanity with amazing objects. One of the best is the art of sculpting. There are hundreds of incredible sculptures in the world. In this article, I will provide you with the best work. The quality of a sculpture is determined by the ability of the viewer to see form and expression. Most importantly is the feeling evoked when one looks at the art.

The design of sculptures was defined by culture and the artist. Most were influenced by culture but details were inspired by the artist life or passion.

Before I list some of the greatest sculptures ever to be made, it is important that you understand the different between these two words: statue and sculptures. The two words are often confused because of their similarity in meaning. However, a statue is a large sculpture of an animal or a person. Most are made from stone or metals e.g. bronze.

On the other hand, a sculpture is an art produced by carving a wood or a stone. Thus, a statue is a subject of sculpture. Sculptures are detailed and show creativity. This is not generally found in making of a statue. Therefore, a sculpture is a fine art.

Here are the most famous sculptures in the world. “David” is a masterpiece sculpture. It was created between 1501 and 1504 by an Italian artist, Michelangelo. He commissioned the work at the age of 26. This is after convincing the overseers of the office work in the Florence Cathedral that he can do the work.

Unlike other suggestions from Donatello and Verrocchio who portrayed a hero standing over the head of Goliath, Michelangelo was unique presenting David before he went to the battle. The sculpture has an intense expression, coupled with a subtle strain in his posture which intends to represent him in the decision-making process of whether to fight. In addition to that, the David sculpture is intended to give a visual of youthful beauty. 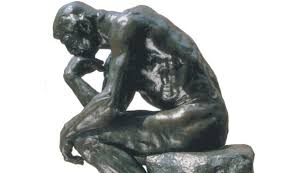 There have been many recreations of The Thinker sculpture. However, the original one was commissioned to be placed on the doorway called The Gates of Hell. Rodin, the artist who made it, got inspired by Dante’s epic poem: The Devine Comedy.

The sculpture pose is intended to give its viewers the impression of a man in pondering poetry. Up-to-date there has been 28 life-size casting of The Thinker. The original piece still stands in Rodin museum, France. 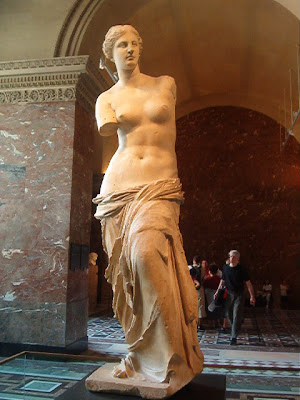 The sculpture was designed between 100 and 130 B.C. It is believed that the sculpture is the Greek goddess of love and beauty. The sculpture is made from marbles measuring 6ft 8 inches high. Its arms and plinth have been lost. According to the records and inscription in the lost plinth, the sculptures was the work of Alexandro of Antioch. The art is displayed at the Louvre Museum, Paris. This amazing sculpture was discovered accidently in a farmer’s field. Lady Justice is one of the popular sculptures in the world. The Lady Justice Sculpture is not credited to any artist. However, the fact that it has many replicas adorning in courthouse makes it popular. The sculptures also go with several names including Blind Justice, Scales of Justice etc. It is believed the sculpture was made during the Roman and Greek civilisation representing the goddess of justice and law. This is another work of Michelangelo. He made it between 1457 and 1564. Pieta depicts the Virgin Mary holding Jesus in her arms. He was aged 20 when he was told to do the art. In two years, Michelangelo had created on of the amazing sculptures ever using a single slab of marble.

The statue weighs 170 tonnes. It was created by David Chester after being commissioned by the Lincoln committee. There were several models in preparation before the French made alterations. The final edition was dedicated in 1922. His expression is cast downward, a depiction he is looking upon the people of America. 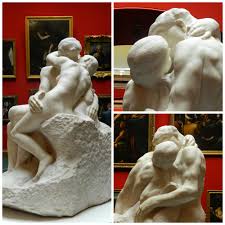 It is another work of a master artisan, Augustin Rodin, in 1889. The Kiss was intended to be placed on The Gates of Hell. This art represents an Italian noblewoman who as deep in love with her husband younger brother. At the end, the two are discovered and killed. In the sculpture, their lips are not in contact meaning they were discovered before they had a chance to kiss.

The sculpture is made from marble and is thought to be a replica of Hellenistic bronze piece created in the 3rd century B.C. It shows a fallen Celtic soldier, slumped over his shield in a battlefield. It is emotional in both expression and form. This piece of art has become the emotional display of acceptance of death in a soldier, the cruel reality of war.

The sculpture is a figure is an ancient prophet sting on a marble throne. He is glaring off sideway with a serious expression. His entire body is tense with anger. This sculptures is a masterpiece and has been a subject of study by historians and scholars trying to contemplate the emotional effect of the art.

It is a bronze sculpture intended to represent the founding of Rome, as per the legend. Below the wolf is infant twins, Remus and Romulus, who are said to have been through in a river after their king grandfather was overthrown. The she-wolf saved and natured the twins, raising them as his own. There is still controversies as per when the sculpture was made.